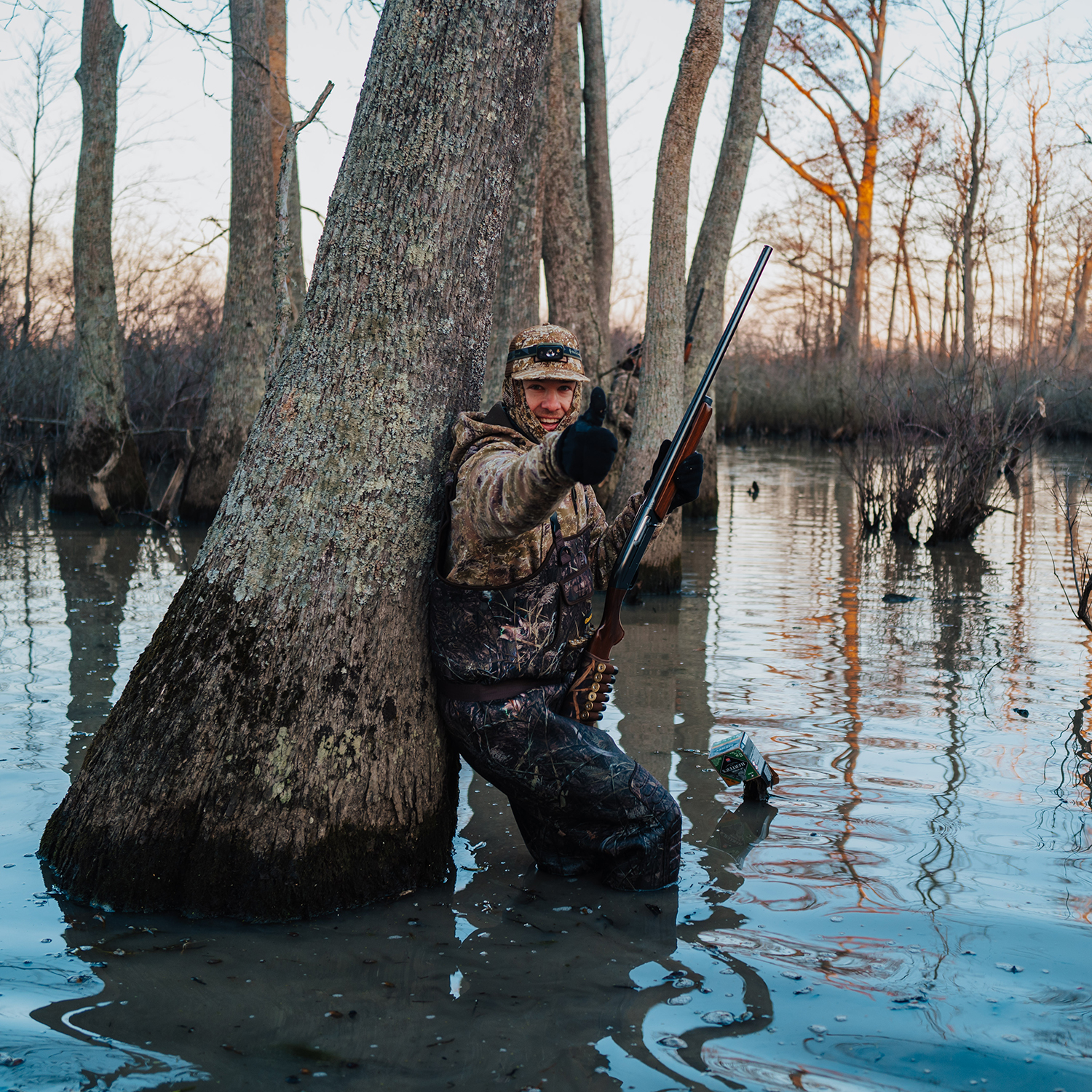 As hunters, the best thing we can do is own our mistakes and be honest. We all know we’re moving into an era where popular culture categorizes our pursuits as backwoods at best and nefarious at their worst and trying to sugarcoat what we actually do doesn’t help. It bastardizes our lifestyle and dumbs it down for the court of popular opinion. They see a group of people trying to play a game they don’t understand, molding things to appease the masses.

And, it’s simply not helpful.

When a new (or experienced) hunter sees an influencer constantly coming away from successful hunts in beautiful places, they’re not learning anything other than how to be envious. They’re learning that their life sucks when, the truth is, all of our lives—influencers or not—suck at times and are also incredible at times. It’s called “the way it is.”

Just do it. If you’ve ever tried to pluck a duck, you know how difficult it can be. In my opinion, it’s borderline impossible to clean some ducks completely, with no feathers attached. So, go to the store, get a big pot and burner, paraffin wax, and learn the process. I did it this season and I have a bunch of beautiful ducks in the freezer, smooth as a baby’s bottom. It’s not necessarily fast, but it’s easy and incredibly effective.

Get more time at the range.

I had not one, but two less-than-great shots on whitetails this season. One was mildly excusable, and the other was not, and could’ve been prevented if I had just prepped for the season a bit more. It’s a terrible feeling to gut-shot a doe and see it suffer, and I’ll do my best to make sure it never happens again.

Sight your rifle more than once a season.

Luckily, my rifle was way off and the buck just heard the “whiz” of a bullet and went about his business. At some point during transport, my Remington 7mm had gotten bumped and the scope was no longer sighted in, and I hadn’t checked it in a few weeks. Both the deer and I came away unscathed, but it was a tough pill to swallow.

Give it another pass.

It’s so tempting to try and drop a passing duck on the first pass, but it’s worth the risk to sit tight and keep a side-eye on the sky. On one particular early season hunt, I passed on a pair of mallards only to have about 14 of them drop in on me a few minutes later. It was worth the wait.

This was my first full duck season, start to finish, and I saw what happens to birds as the months pass by. They get smart. In the first couple of weeks, my Mojo decoys and full spread were highly effective, but as the season plugged along, it wasn’t the case. Spacing out decoys, adding subtler motion, and being more intentional started to pay off in January. Less is more for smart ducks.

Doves are small and fast.

My personal ratio of shells to doves is about 10 to one if I’m being honest. No wonder dove populations are doing just fine in my neck of the woods.

Be ready for two shots.

Pigs are tough. You can hit them in the sweet spot at 100 yards with a high-powered rifle and they’ll still find the chutzpah to get up and run off into the brush. How do I know this? It happened to me twice. So, take your first shot, and immediately chamber your second round. You’re going to need it.

A bird in hand…

Speaking of losing animals in the brush, I learned on several occasions to go look for the bird you downed—right away. For both ducks and pheasants, it’s tempting to keep shooting birds, but if you can’t find either of them, why does it matter? Mark your bird, find it, and then go shoot some more. That’s what I’m going to do.

If you live in a state with loyalty points, start racking them up quickly. In Texas, getting drawn for some lottery hunts is like, well, winning the lottery, so invest in your hunting future early and start putting your name in the hat. You may actually get to go on a once-in-a-lifetime hunt while you can still walk.

Pheasant legs. Duck legs. Rabbit legs. I don’t discriminate. They’re all delicious and they should never end up in the garbage. Make a stew. Make tacos. Make stock.

Shoot one bird, not all of them.

The old adage holds up. I can’t tell you how many times I’d be surprised by a large group of birds and shoot—only to miss 100 percent of them. My subpar shooting skills have found a way to defy physics. On the other hand, I made some great shots on singles and doubles. The point is, pick a bird and shoot at it. Don’t be like me and try to hit all of them at once.

You’re guaranteed to find squirrels when you aren’t hunting for squirrels and those little bastards know it, I can tell.

Game loss is a real thing and it sucks. It happens, but it never feels good. Moving forward, I’m going to hunt birds with a tighter choke and larger loads. I winged more ducks than I’d like to admit this season and I think a big part of it was the #4 shot and modified choke I was using on my 12 gauge. I’d rather miss birds than wound them, so I’m going with #2 or #3 shot and a full choke on my gun from now on.

There’s always something to do.

The most beautiful thing about hunting is the natural cycle of it all. Seasons change and bring plenty of new opportunities, which means you always have a reason to go outside. As Jonathan Wilkins pointed out in our interview, there’s a lot of value in being a well-rounded outdoorsman, including the fact that you’re never bored. So, “hunting season” may be over, but there’s still plenty to do. Go chase some rabbits. Set a trotline. Practice your turkey call. Let all of your dumb hunting mistakes haunt you at night. You know, stuff like that.

The highlight of hunting season for me was the people. I hunted pheasants in South Dakota with old friends. I hunted ducks in Arkansas with new friends. A spent time at the deer lease with my brother. I even got a new dog that will be joining me in the field next season. If 2021-2022 was any indicator of things to come, I can’t wait to see what happens next.