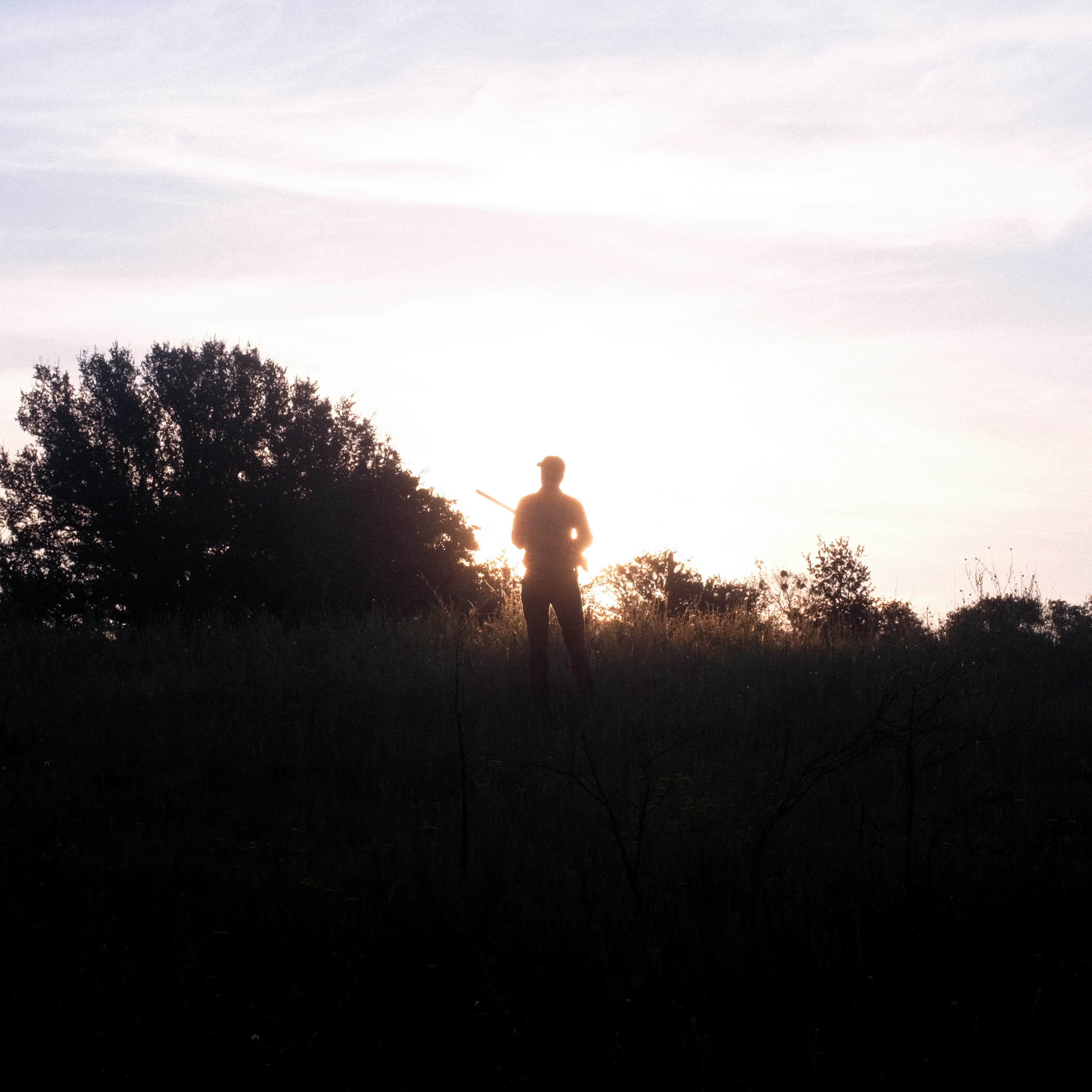 In other words, Texas has land access issues but it's also not quite as bleak as it seems. You may not be the sole owner of land, but you're a part owner of nearly three million acres in Texas—and that’s not an empty statement. As a taxpayer, you’re funding this land. Nationwide, billions of our dollars go to these open spaces, held in the public trust. It’s ours and we’re simply not using it enough.

Over the past few hunting seasons, I’ve been without a hunting lease. My previous access was cut off when the landowner decided to sell his land and I’ve been searching for a new lease for more than two years. Until recently, I’ve come up short and have been forced to hunt public land. And guess what? It’s not that bad.

Now, if you live in Wyoming or Montana, you’re thinking, “Yeah, of course it’s not that bad.” But, you also probably don’t understand what we face in Texas. While we do have nearly three million acres of public land, that’s still only two percent of the state—in fact, we sit at 17th for public land in the country. It’s not great. Because of this, we’re constantly bombarded with negative talk about public land. Here are a few examples:

“Sure, you could try public land if you want to get shot.”

“Just be ready to sleep in your truck the night before to get a decent spot for your blind.”

“Does Texas even have public land?”

“It’s a waste of time. There’s too much pressure and too many crowds.”

I made these examples up, but they’re based in reality. Trust me. I’ve been on the forums, asking greenhorn questions and trying to get intel on public land hunting in Texas. There’s not much out there. At least, not much positivity.

This may be for a few reasons. First, it could (and definitely is, sometimes) a tactic to prevent new hunters from overcrowding hunting spots. Hunters generally don’t like competition, so why would they say, “Yeah I know of a great spot” when they’re asked? Second, people get spoiled by their fancy hunting leases, harvesting monster bucks every season, and think public land sucks...relatively. I mean, you actually have to work for success. Who wants that?

In the face of all this—a low amount of public land, overcrowding, tough conditions—is it worth hunting public land in Texas? Yes. One-hundred percent. No doubt. In Texas, our view of hunting has been skewed a bit. It’s deep-rooted in our culture that our idea of hunting is sitting in a blind, waiting for a Boone & Crockett whitetail to step into the crosshairs. But, I’m here to tell you that we have a purer version of hunting right out our backdoor—wild lands, open access, plenty of targets, all for the cost of a hunting license and a public land permit.

Here are 5 tips for hunting public land in Texas.

You may notice that people love to talk, more so than they like to actually do things. That’s because it’s easy to get on a forum and say, “Yeah, that hunting area may be worth checking out.” But, let me tell you a secret: Almost no one actually checks them out. For every article, post, and conversation, only a fraction of those people are actually hitting the pavement and seeking out these spaces.

Let me speak from experience. Last season, I started bowhunting a large public area within two hours of the Dallas-Fort Worth Metroplex. In the past, I’d heard horror stories about how crowded and difficult this place can be, with multiple people actively discouraging me from hunting it. But, in reality, I hunted this spot several times and saw a total of three other hunters—and we’re talking about more than 20,000 acres. There just weren’t many people.

So, before you talk to anyone, just go hunt the damn place. Scout out new spots. Try and finagle an excursion during the weekday to avoid other hunters. And, here’s one other rule to keep in mind: If you’re willing to walk more than a half a mile, your chances of finding solitude increase exponentially. The general public doesn’t want to work for it, so if you are, you’re going to be the real owner of public land in Texas.

Mix Up Your Game

If you’re like me, you’re a generalist, also known as ADD but who’s counting. I love to hunt all kinds of animals. If I can feasibly and responsibly eat it, then I don’t mind shooting it. In Texas, however, the kings of the scene tend to be whitetail deer and ducks, which means those are going to be the busiest seasons with the biggest crowds, particularly on opening day.

So, with that in mind, here’s a hint. Do the thing that I’ve been mastering since birth: Be unpopular. For some reason, people have forgotten how fun it is to hunt squirrels and rabbits. Also, people don’t realize that feral pigs can be grade-A meat when handled properly (just check out my chile verde recipe or take Jesse Griffith’s word for it). For these two pursuits alone, there’s no season at all—you can head out in mid-March and go for it, when all the deer and duck hunters have dispersed.

That’s not to say you should give up on deer and ducks, but if you’re willing to pursue some less-loved wild game, then you’ll be opening up a world of opportunities on public land.

Remember when I said that most people don’t want to work? Well, try hunting with a bow. Sure, your odds of actually being successful go down a bit, but your odds of seeing another hunter during a bow-only season do too. It takes practice, skill, a bit of strength, and plenty of patience to be a good bowhunter, which are all things that the crowds are going to avoid. Bow season, in other words, is your best friend.

Beyond the lack of competition, bowhunting also greatly expands your opportunities. First off, at least in Texas, bow season opens months before rifle season. Regulations for bowhunting are much less stringent than with a rifle, and there are many more areas to pursue big game in archery. On the safety side, less hunters and no rifles make for a safer environment in my book.

Corps to the Core

There are some obvious public hunting areas in Texas, particularly when you head out to the wide expanses of the west, but there are some off-the-beaten path areas as well. The Corps of Engineers manages many of the public lakes in Texas, which often have hunting areas attached to them. Some of these areas are open and some require a lottery permit, but either way they can offer new opportunities with less competition.

In my area, I found a location where I can hunt ducks, stalk pigs, and also chase rabbits and squirrels, all within a few miles of my house—it just requires a special, limited permit from the city. I don’t tell people about this area because I just think it’s not well-known. I love it.

So, beyond Corps land, try digging online and visiting spots attached to municipalities, counties, and government agencies. Oftentimes, because of limited space, they won’t be advertised well and that’s the whole point. But once you find them, they can be a gold mine for public hunting access.

The Struggle is Real

Lastly, it’s important to have the right perspective when you’re hunting public land in Texas. You’re not going to be successful all the time. You know how I said I had 20,000 acres to myself last deer season? Well, I also didn’t harvest a deer from that location, despite a few close calls. It can be tough going, that’s for sure. But here’s the thing: I still enjoyed every second of that season. These days, it’s a privilege to have open, wild spaces to yourself and there are more than a few sitting there waiting for you.

So, think of it this way. Anyone can sit in a deer blind, wait for the feeder to go off, and pull the trigger. It takes a real hunter to head out to a public spot, read the signs, and find the opportune moment to strike when that rare sighting does happen—that’s real hunting. It’s hard. It’s rewarding. That’s all there is to it.

Now, this isn’t to say I won’t jump on a great lease when I get the chance—in fact, I already have. But, I also passed on multiple lease opportunities last season because I already had plans to hunt public land. I was more excited about exploring my land than paying to access someone else's. So, embrace the challenge and don’t give up. As Americans, we have an incredible amount of public space offered to us, and we’re not making the most of it—we own it anyways, so we may as well use it.

What You Need to Hunt Public Land in Texas:

While it is exponentially cheaper to hunt public land in Texas, there are a few startup costs. Here’s what you need and where to get them:

I’d love to hear what your stance is on hunting public land in Texas! Have you had success or is it a special form of punishment to spend a season battling for a good spot? Let me know below.