9 Tips for Developing a Recipe 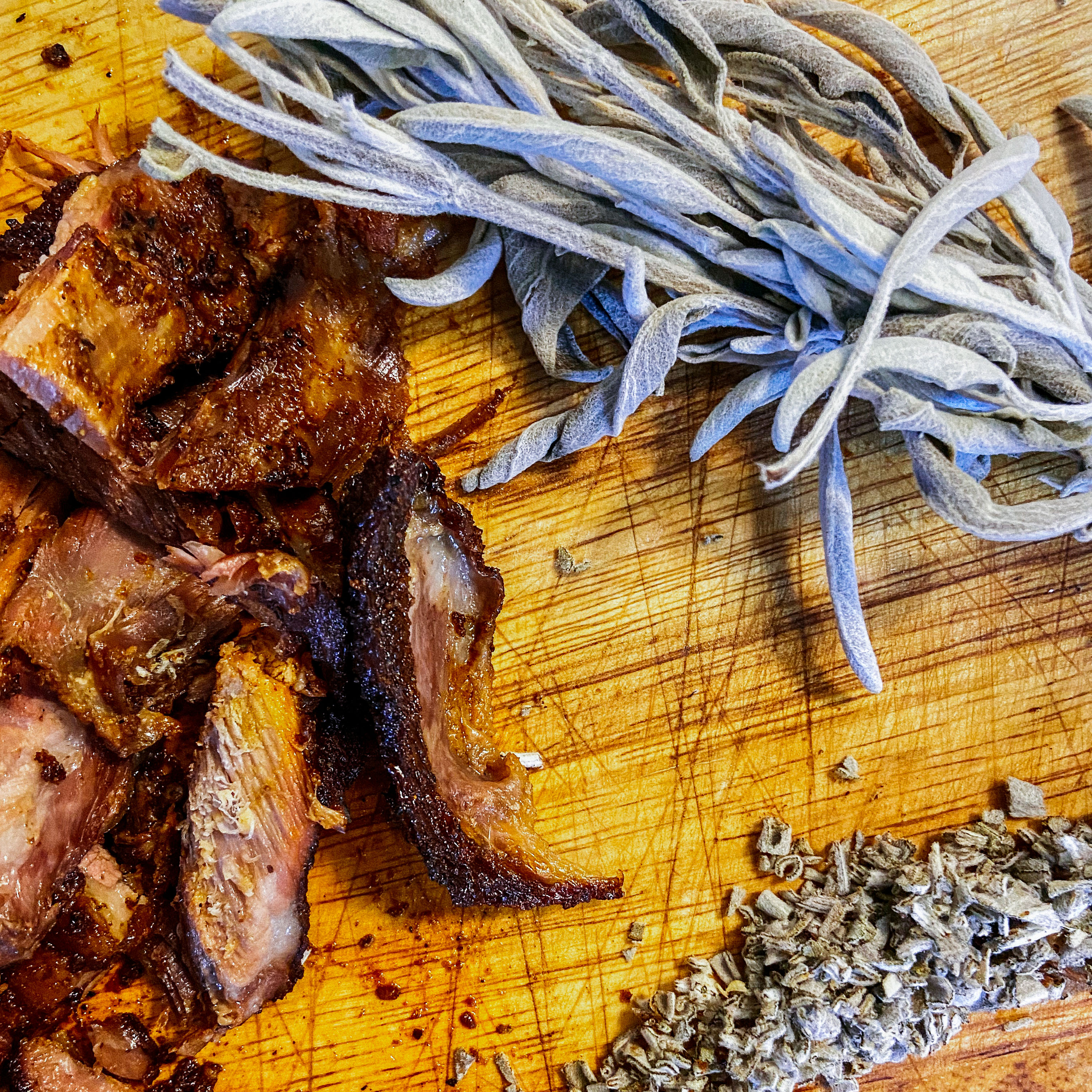 I’m talking about developing a recipe. Nowadays {*breaks into old man voice*} the recipe book is becoming a lost art. We have access to millions of recipes online and it doesn’t seem necessary to write things down, create on your own, and start building a box of go-to meals for your family. But, the more you create for yourself, the better you’ll become at cooking. And, as you build out your box of recipes, your family will begin to form an identity around this little box full of paper.

That may sound like an overstatement but it’s true. Just think about how much time and energy you put into your food and how much of your family’s life is surrounded by the kitchen. If you take the time and energy to make your food your own, then it will only serve to enrich your family gatherings and make dinner so much more than dinner.

So, let’s take a look at developing a recipe. It may sound complicated, but if you break it into smaller pieces, you’ll learn that you don’t have to be a genius to be functional in the kitchen.

Here are nine tips for developing a recipe.

So, as you begin to formulate your recipe, don’t even look at your computer or phone or cookbooks. In fact, go ahead and stuff them in the couch cushions where you’ll never find them again. Innately, your brain catalogs all of the recipes, tastes, smells, techniques, and great ideas you’ve ever consumed, waiting for the time to regurgitate them into their own new thing. Trust that your brain will do that.

As soon as you go to Bon Appétit for your recipe ideas, you’re mimicking. Don’t even go there for inspiration. Go to your surroundings, your experiences, your memories, and your tastes, and your creative brain will steal what it wants and make it something new.

Now, like all rules, there’s an exception. If you have a box of old family recipes lying around, then it’s a great place to take a peek. This may seem like the opposite of what I just said because it is, but this is my blog so I can do whatever I want. I just think there’s something special about getting inspiration from your great-grandmother or second cousin twice removed.

Food is one of the building blocks of a family’s DNA, so I don’t even think it’s stealing if you look at family recipes. Think of it as your inheritance. And, particularly if you live in the same region as your ancestors, they probably have recipes with ingredients that are sourced from the area and climate you live in. It may be a good idea to dust these recipes off and tweak them to match your family’s tastes.

Ok, now that we’ve eliminated distractions, we can get down to work. Start by asking yourself this question,"What do I like to eat?” That’s the most important part of this whole experiment—you want to create something that you, your spouse, or your kids will actually want to put in their mouths, chew, and swallow. I have a great sauerkraut and sausage recipe (as Germans, our blood is actually half vinegar) but that doesn’t mean it’s great for your family.

Think about what puts smiles on faces and less food in the trash. If spaghetti night is always a huge hit, you’re already taking the first step in developing a recipe. Now you know that noodles, tomatoes, savory herbs, olive oil, and garlic are all good starting points. These basic ingredients can act as the foundation of your recipe, informing the basic taste profile you can start to build upon.

Something all experienced cooks learn eventually is that ingredients are king. Sure, setting your baked Alaska on fire is cool and all, but it’s the fundamental piece of a recipe that will ultimately inform how good your recipe is. So, by all means, start there.

Start to work with whole ingredients to learn how they work and you’ll be doing most of the hard work in putting your recipe together. For example, a perfectly cooked piece of cabbage with salt, pepper, and olive oil, is a beautiful thing—and it all comes down to how the ingredient is treated, not the complexity of the spices or the technique.

So, as you develop your recipe, break it down into ingredients and learn those ingredients. Will your recipe work best with peeled or skin-on tomatoes? Do you want the cauliflower soft or with a little bit of a crunch? Do you need to brine the pheasant ahead of time or will it get its moisture in the cooking process? As I said, once you know the main ingredients inside and out, you can really begin experimenting with them.

I try to stay off of my sustainable high horse as much as possible, but when it comes to developing a recipe, I think it’s best to work with scratch ingredients only if possible. There’s nothing wrong with Jell-O or canned cream of mushroom soup, but if you’re going to build a core meal your family will enjoy for years to come, that’s going to add up to a lot of trash over time. And it just creates extra steps.

If you’re in control of this recipe, why not create something that doesn’t rely on packaging or a trip to the grocery store? If you think you need cream of mushroom soup, you won’t believe how easy it is to make it on your own or use ingredients that can mimic the experience. And this dovetails nicely into my next tip.

As you think about all of the times your family sits down at the table to eat, think about developing a recipe that you won’t mind making over and over again. First, think about the ingredients you’ll be sourcing. If you generally shoot a deer or two every season, then venison is a great place to start. Or, if your garden is particularly good at producing squash, there’s another great option.

From there, think about the process of making this recipe. If you have the time and desire to spend time on a recipe, then smoking meats or slow cooking could be on the table, but it all depends on your schedule and commitment to cooking. If you have a busy life and schedule, maybe it’d be better to stick to quick sauteed dishes or easy baked dishes.

Lastly, think about how healthy this dish is. Not that you can’t go for the stick-to-your-ribs meal on occasion, but unless you're a rancher or athlete, you probably don’t need those calories. One of my family’s go-to meals is lemon chicken, which is incredibly delicious and healthy enough to where we don’t go into a coma afterward. For this reason, we eat it all the time.

It may seem counterintuitive, but now you want to set some ground rules. In any creative pursuit, the blank page can be a very daunting obstacle, so go ahead and make a few scribbles. For example, say you want to make a stir fry recipe. Now, you’ve already set up some guard rails—you probably want protein, some vegetables, oil, and maybe rice or noodles.

But, the beautiful thing is that when you set rules, you can now break those rules. Instead of going for traditional stir fry vegetables, maybe you throw in some corn and beans for something more like a succotash, or swap rice for gnocchi. The point is, you can’t really be creative until you have a basic framework to follow, or ignore.

Hone It Over Time

Let’s go back to lemon chicken for a minute. This recipe has been in my family for about 40 years now, and everyone has their own take on it. My mom used the chicken broth straight out of the baking dish for gravy, but my grandma used to thicken it with flour and drippings for a more traditional, thicker gravy. As for me, I go with grandma’s approach but also throw in a few mushrooms and some dill for my gravy.

As you develop your recipe, don’t be afraid to mix things up from time to time. Think of this recipe as 1.0, with an infinite amount of variations and improvements. With this in mind, keep your recipe simple at the start and get the basics down—make it delicious and repeatable—then worry about adding some extra flair. Rome wasn’t built in a day and your recipe won’t be either.

I know, it seems crazy, but buy a box of those blank recipe cards and start writing things down. Obviously, you need to take notes throughout the process to hone in on measurements, cooking times, and whatnot, but I also think there’s value in physically writing these recipes. It makes them real. Over time, they’ll get stained, beaten, and bloodied, which only adds to the character of the dish. Make little notes in the margin. Cross mistakes out.

Eventually, as you begin to develop more recipes, your kitchen will take on a life of its own and it will be reflected on paper. If you simply make a note on your phone or computer, they’re so easy to forget. If you have a box of recipes staring you down from the windowsill, maybe you’ll be more likely to pick it up and start flipping through them.

There are plenty of great recipes out there, but I still think there’s value in developing a recipe for yourself. Do you have any recipes you’ve put together that are worthwhile? Tell me about them in the comments below.