Start With a Bang: The First Hunting Gun You Should Buy 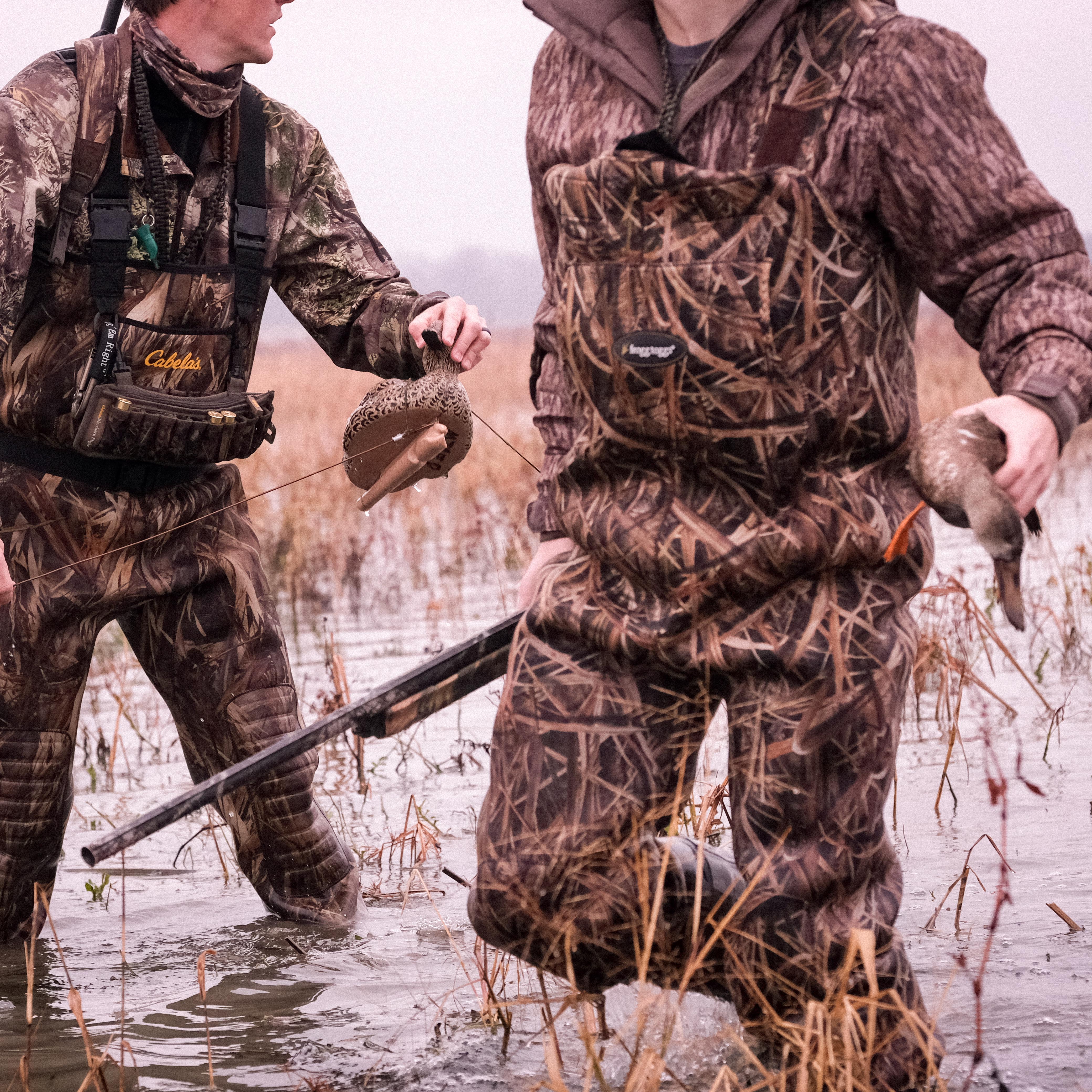 The first hunting gun I ever bought was a Remington 7mm Mag, manufactured in 1977. I picked it up at a gun show for what I thought was a song, or so I was told, and it collected dust for more than 18 months. This is partly because I completely failed to tag a deer during my first season and partly because there just aren’t too many reasons to shoot a 7mm Mag on any given day. It’s big. It’s powerful. It’s loud. It’s dangerous.

But, don’t get me wrong—it’s also a great gun. It just wasn’t a great option for my first hunting gun. And that’s what we’re going to talk about today. I don’t want you to make the same mistake I did. If you’re new to hunting, the list of options when it comes to guns can be overwhelming. Everyone’s got an opinion of what you need and what you don’t need. Some people want to look like they’re storming Fallujah with their AR-15. Others (like me), want a tool they can use in multiple scenarios that will put food on the table.

That gun is the 12-gauge shotgun. End of story.

Ok, not quite, but it’s a good start to the story. In this article, I’m going to offer a few good reasons why everyone should start their hunting career with a 12-gauge shotgun.

The Gun of All Trades

If you’re like me and didn’t grow up hunting, then you’re probably feeling a little bit lost at the start. You’re not exactly sure if you should be chasing whitetails or jumping puddle ducks. Wait, what is a puddle duck and why do you jump them? Don’t worry, I’ve asked those questions too.

A 12-gauge shotgun is beautiful because you don’t need a separate gun for every hunting activity. Instead, you have one gun for just about every hunting activity—ducks, geese, pheasants, quail, turkeys, pigs, deer, and the list goes on. A 12-gauge shotgun is the perfect first hunting gun because it’s a jack of all trades, master of none, just like anyone who’s starting out with a new sport.

In most parts of the country, you can buy a 12-gauge and fill the cabinet with shells that can hunt dozens of different species. Plus, if you live in an area with limited public-land access (like me in Texas), there are much less stringent restrictions on shotguns than there are rifles. With a shotgun and a compound bow, you could hunt from September through January on most public land in Texas, where rifle hunters are extremely limited in comparison.

Pay What You Want

Beyond being the Swiss Army Knife of guns, the 12-gauge shotgun is also budget-friendly, regardless of what your budget is. Unlike many high-caliber rifles, which will run you several hundred dollars on the low end, not including the scope on top of it, you can pick up a shotgun for as little as $100.

Pump shotguns are durable, inexpensive options that will last a lifetime if well cared for. And, once you’re ready for an upgrade, you can find great options at every price point—from $500 semi-automatics to $3,000 over-under options. Plus, because of their mechanical simplicity, you can find many used shotguns that are 30 to 40 years old and function just as well as the day they came off the factory line.

Lastly, 12-gauge shells are some of the most common ammunition options out there, which means they’re (generally, barring a pandemic or whatever is happening right now) easy to find stocked in most options, unlike some rifle cartridges or more uncommon shotgun loads, like the 16 gauge or 28 gauge.

Getting your first hunting gun can be intimidating, particularly if you haven’t been around guns much in general. And that’s for a reason. They’re dangerous. Without the proper experience and training, it’s a very healthy reaction to be a little bit scared. But, I’d make the argument that shotguns in general are a little bit less intimidating.

Overall, the kick doesn’t hurt as bad as most rifles. It’s not quite as loud. And the range and potential for stray bullets are much less of an issue. Ammunition is cheaper, too, so you can get used to shooting a gun more often, which will make you more comfortable for making the jump to high-powered rifles in the future. Overall, a 12-gauge shotgun is a serious and dangerous tool, but it’s a bit more gentle of an entry than many other options.

Now, there are a few reasons why a 12-gauge shotgun may not be a great first hunting gun. First, if you’re looking to get a kid into safe shooting, a 12-gauge will probably be a little too much gun. Other great options are probably a 28-gauge or a .410 shotgun, or more likely a .22 rifle for target practice.

Second, your target and terrain could be limiting factors. While a 12-gauge may work for 8 out of 10 hunting situations, there are a few where it simply won’t work. For example, if you live in Montana or Wyoming and chase big game in wide-open spaces, you’re probably going to need a rifle or a compound bow. And, if you’re the type of person who knows they’re only going to target big game—elk, deer, moose, etc.—then a rifle is going to be a better option overall.

Ultimately, I believe every person’s first hunting gun should be a 12-gauge because of its sheer simplicity. Especially at the start, hunting regulations and red type can start to stack up quickly. And, at a time in your journey when you simply need to get out and get experience, the last thing you need is limited access and opportunity. With a shotgun, you can hunt just about anything, and access to public land is much easier, plus the guns are cheaper and a little bit safer. There’s a reason every hunter has a 12-gauge sitting in their closet and that means it should probably be the first one sitting in yours.