The Holy Grail: How to Find a Hunting Lease

• Who is Craig and Why Does He Have a List? 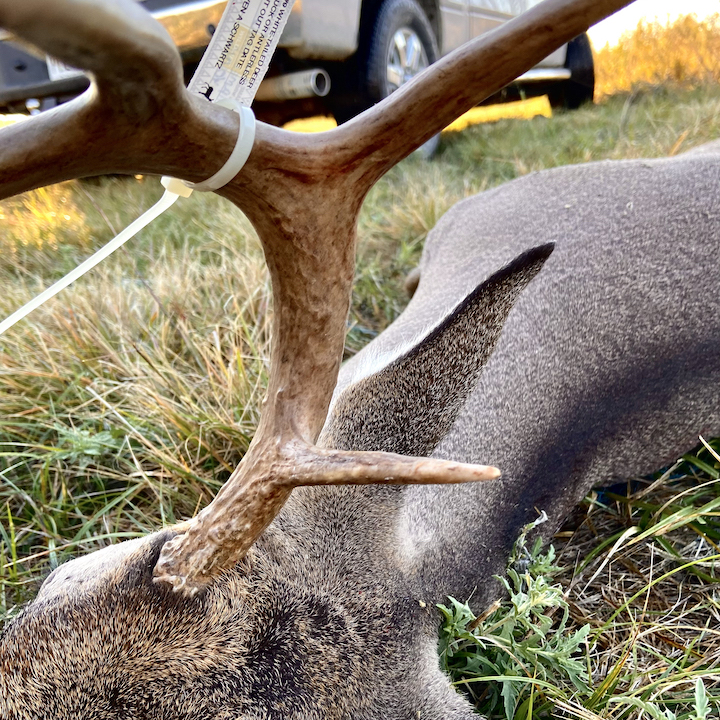 There are a lot of reasons to hunt public land. It’s cheap, accessible, and can be a much more rewarding experience for many hunters. But, sometimes it’s just not in the cards. Take my home state of Texas, for example—it has nearly 3 million acres of public land, which seems like a lot, but that’s out of 170 million acres across the state.

We’re talking a measly 1.77 percent of the state is open to the public, and much of that exists in the far reaches of West Texas, which may as well be in another state relative to my location. Unless you live in sparsely populated or mountainous areas like Wyoming, Montana, and Colorado, there’s a good chance you’re in the same boat.

For many hunters in Texas and across the United States, a hunting lease is the pinnacle of land access. Sure, it can be very expensive, but you don’t have to battle crowds, face high-pressure conditions, or drive eight hours to a WMA in the panhandle.

However, we haven’t even gotten to the hard part: How to find a hunting lease. As I said, many hunters are in the same boat, which means it’s a veritable land rush every spring when people start dreaming about fall hunting seasons. It’s incredibly cutthroat, fast-paced, and downright hard to find a lease of any kind, much less one that is affordable and within driving distance of your home.

There is some good news. While it’s easy to think of the lease market as a race to the top, it’s not always the case. Corporations may be shelling out $75,000 grand for a yearly ranch lease, but for many landowners in my area, it’s not necessarily about the money. It’s about relationships. So, if you approach this search from the right angle, you don’t have to shell out an exorbitant amount of cash to get private land access.

Before we dive into specific strategies, let’s talk about a few do’s and don’t’s of how to find a hunting lease.

With that out of the way, let’s walk through a few key strategies for how to find a hunting lease.

This is going to be your best bet every time. It may seem obvious that you want to ask friends and family if they have access to or know of a hunting lease, but I’m talking about going deeper than that. Let me start with a story.

A few years back, I was getting a root canal, and—in between winces of pain and the noise of the drill—I mentioned to my dentist that I was getting into hunting. He told me that he had a few hundred acres west of Fort Worth and that I should come to check it out sometime. I didn’t push the agenda, but I did go visit it to shoot some dove and eventually, my dentist offered to let me hunt his land for deer season—and I harvested a buck.

I never would have gotten access to that land if I hadn’t brought it up in the middle of a root canal. You’d be surprised how many people own land or know landowners, and it can’t hurt to casually bring up the fact that you’re looking for hunting land.

Now, this was serendipitous, I’ll admit. But, it’s so important to go beyond friends and family when you’re looking for a lease. In my search, I’ve reached out to random people in my church for connections. I’ve reached out to friends of my parents. I’ve asked old acquaintances. Most of the time, my search fell flat, but with every conversation, your web of connections grows just a little bit—and you’re one conversation away from, “Actually, I do know someone.”

#2: Put Technology on Your Side

I know I said that social media can be a bad idea for how to find a hunting lease, but that doesn’t mean all technology is bad. When you’re on the search, OnX (and other apps like it) can be a huge advantage. Most people use this app for finding public/private land boundaries and marking different locations on a map. However, there’s a different side to this tool as well.

If you pull up the layer with landowners’ information, you can see who owns the land. Now, before you think this is a little creepy, it is public information and it only lists their name. But, you can go an extra step by searching their name online to see if they have contact information listed publicly. If so, you can reach out to inquire about potential lease opportunities.

I’ve actually tried this before and it worked surprisingly well. I got some leads from making just a few cold calls, and generally, people were receptive to talking for a few minutes if I could actually get a hold of them. It takes a little bit of confidence and thick skin, but it could work. I recommend focusing on individual names instead of corporate or group ownership. I even picked unique names so I could actually find them online—John Smith can be tough to track down.

Overall, be sure to be respectful, and don’t be surprised if people hang up on you. Don’t try and lay it on too thick, either—just say why you’re calling and act casual. Most of the phone numbers listed online are landlines, so expect some old-timers, and remember the farther you go away from the city, the higher your chances of getting a solid lead become.

Now, if money isn’t as big of a constraint, then you can go with a hunting lease service. And no, I don’t mean an online database—those can be just as unproductive and costlier than social media. There are real, living human beings who make a living by finding you a hunting lease. Some are companies, and others are just land managers.

As I said, you’ll generally pay more for the lease because the finder will want in on the action, but you also don’t have to spend the time scouring postings online or cold-calling landowners. If you can get in touch with the right people, they may already have a list of leases or landowners who aren’t on the online market, which is key.

If you do know anyone who owns potential hunting land, then maybe try with a lighter approach from the start. Most hunters want year-round access, camping sites, and free reign of the land, but you’re much more likely to get permission if you start with just one season, particularly a shotgun season.

Most landowners are concerned about safety and may feel more comfortable if you’re only shooting ducks or geese with your 12-gauge, instead of taking aim on a buck with a high-powered rifle. Or, better yet, try requesting archery access.

So, approach landowners to see if you can hunt their land for just one season, or even a weekend or a few weeks. This is a great way to prove that you’re a safe, ethical hunter who will play by the rules—and that could turn into a long-term lease for the future.

Lastly, you need to master the art of patience. I know, it’s hard to hear, but think of it this way. If you can find the perfect hunting lease, it could be part of your hunting career for years or even decades to come. Don’t rush it and get discouraged if it doesn’t pop up immediately. Start by simply getting to know people, and then start asking about the land.

It could take months or years, and that’s ok. As I said before, land access tends to be about trust more than money. If you invest in people for the right reasons, show you care about them and their land, you’ll be surprised at what they’ll offer you in return. If you find a landowner who will blindly give you full access to their land at a low price, it may be best to second guess what’s actually going on. You generally get what you pay for.

I have a few theories for this. First, Craigslist has been around a while and closely resembles old-school classifieds, so I think older folks and people who aren’t social-media-savvy may feel more comfortable posting to the platform. Second, it’s just not as popular as Facebook, so there’s a bit less competition. In my personal experience, I found several fairly priced leases pop up around late June and July when landowners and managers are feeling the pressure for getting that extra hunting income. In just a few weeks, I had three to five viable leads.

I know how discouraging it can be out there. It took me two years to find my current hunting lease, but the search was worth the effort. My brother and I now have 250 acres of beautiful land to hunt deer, dove, turkey, rabbits, hogs, and more, and we can’t wait for the whitetail opener in just about a week (as of publishing this article). Just keep your head up and keep trying—something will open up and you need to be ready to pull the trigger.